“The Impact of Pope Francis on Religious and Cultural Change” 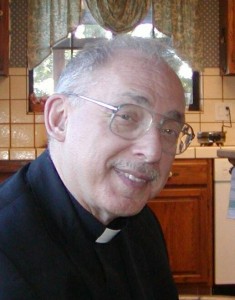 Father Tom Bonacci proved himself to be not only a great scholar, with an in depth understanding of Pope Francis. He is also a great teacher, helping participants to understand the impact that the Papacy of Pope Francis has had, and is having uponly the Catholic Church and upon the whole of Christianity.

Father Tom Bonacci, C.P., is the founder and director of the Interfaith Peace Project which encourages interfaith peace and mutual respect through small discussion, study, prayer, ritual, and practice. Located in Antioch, California, the Project sponsors hundreds of workshops that open the door to better interfaith relations. A Roman Catholic priest, Tom is a scriptural scholar who has developed adult education and deacon formation programs for San Francisco, Atlanta, New York City, Pittsburgh, and Sacramento. He taught sacred scripture and was campus minister at Carlow University, in Pittsburgh, Pennsylvania, where he founded The Interfaith Sanctuary for students. Along with his interfaith ministry, Tom is dedicated to serving victims of poverty, people dealing with HIV/AIDS, and those recovering from drugs and alcohol. IPP is The Interfaith Observer’s fiscal sponsor. 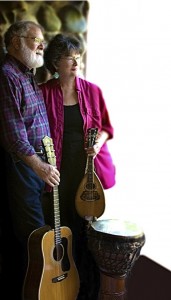 Internationally honored hymn and song writers, worship leaders and concert artists, Jim & Jean Strathdee shared the power and sensitivity of their music with thousands of people each year. Their songs are a musical offering of hope and encouragement for all people, bringing a message of compassion, justice and healing and caring for the earth, and they skillfully wove a tapestry of song in a way to reflected the message of Father Tom that celebrated through the music they selected.

The Strathdees have a special gift for encouraging people to sing with them. Much of the music they write and perform is designed for congregational song. They also love to work with local singers to create a choir for their events. The Strathdee’s travel widely doing concerts, leading worship celebrations, workshops and retreats. They also serve as worship, song and choral leaders for many conference events.

Seeing music as an agent of personal and social transformation, Jim & Jean are involved in fund- and consciousness-raising projects, events and rallies where ecumenical and inter-faith communities come together to make a stand for positive change. They maintain a relationship with many Christian communities throughout the US and Canada, Central America, India, Jerusalem and occupied Palestine where they’ve had the privilege to travel and sing.

Over the years Jim and Jean have served as music directors in United Methodist congregations in California and Hawaii.  Their music is published in dozens of songbooks, curriculum projects, denominational hymnbooks and supplements and is sung on six continents. They have written hundreds of hymns, songs and anthems and recorded nearly 20 albums. For more information go to www.strathdeemusic.com.

Learn more about the Strathdees